Canon recently announced a new addition to its lineup of mid-range DSLRs christened EOS 80D. It claims to be a good replacement for its predecessor the EOS 70D that was launched in July 2013. The 80D offers better handling control along with still and video enhancements.

Looking back at earlier versions, it packs a higher resolution Canon Dual Pixel CMOS sensor. Not only this, the on-senor autofocus system has also been improved greatly. Now those are some features to look out for. While Canon designed this camera for the typical action-shooting enthusiast, their real target is wedding photographers on a stringent budget, who have shown an interest in the 70D.

In this article, we will weigh the Canon EOS 80D against the 70D for its features.

The 80D has not changed much in its overall design and construction. It retains the same polycarbonate, water and dust resistant exterior we got to see on the 70D. 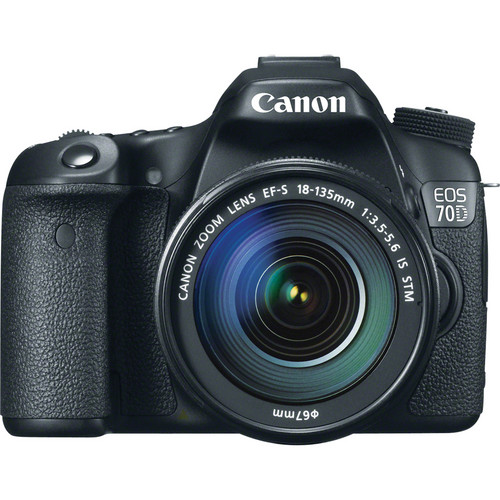 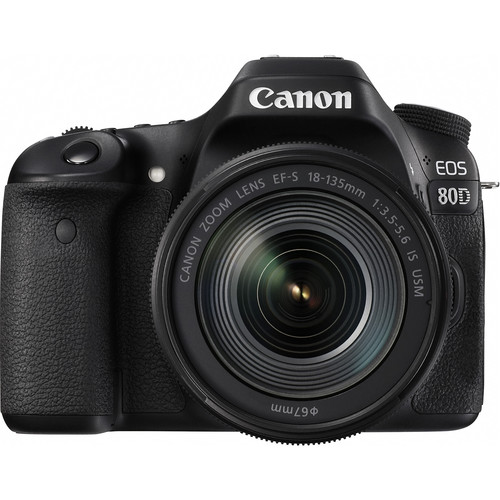 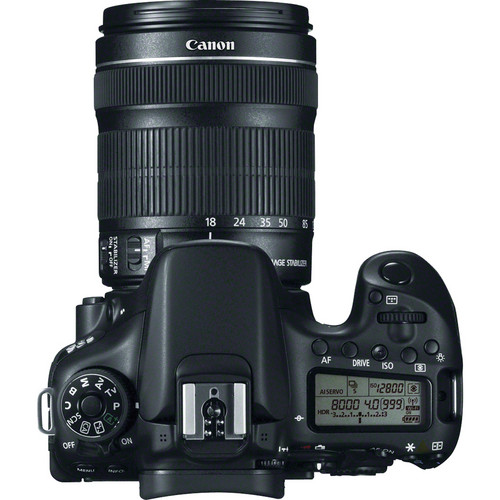 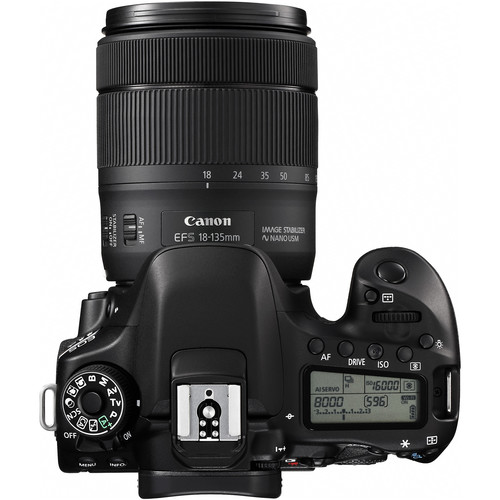 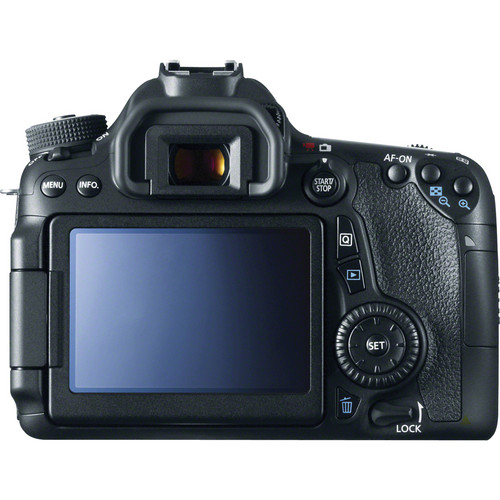 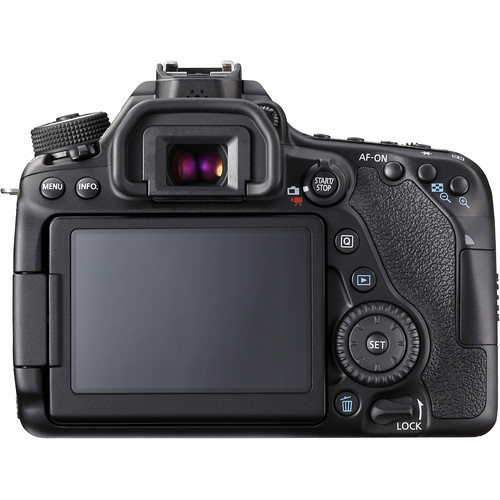 Talking about a few tweaks, the Q and Playback buttons have been reduced in size. You will now find the remote port at the bottom and the stereo microphones at the front from the top that close to the hot shoe in 70D. They’ve put in a headphone socket in 80D too. Another addition is the mirror vibration control system, identical to the 5DS and 7D Mark II.

The 80D and 70D differ in the how the front and rear grips feel. The main one has a much deeper grip enabling more comfortable hand-holding. 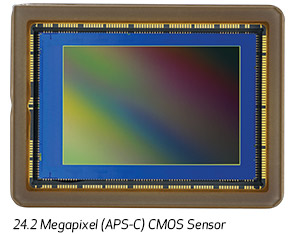 What does the Dual Pixel CMOS AF Senor mean? It offers faster and better focus. The sensor has phase detection points that are far better in performance than the standard DSLR contrast detection system in Live View and Video mode.

By far the most impressive feature on the Canon 80D is the continuous autofocus (AI Servo) in still live view shooting. It is the first time Canon has included such a feature on a Dual Pixel AF Camera. And the second time canon does it with continuous AF in live view for stills. It was last seen in the Rebel T6s; it provides continuous AF in the still and movie mode given its use of the Hybrid CMOS III sensor. It was noted to be more responsive than the 70D’s.

It also allows adjusting the speed in the Live view and video AF system using 7 steps. This is an impressive feature if you want slower rates when video shooting and shaper images for stills. It performs well at slower rates; the faster setting for moving objects is still to be tested.

What surprises is that the more expensive and much superior Canon EOS-1D X Mark II chooses to exclude this feature, only including single-point AF in Live View. It was also missing on other models such as 70D and 7D Mark II that used a Dual Pixel AF.

Canon has upgraded its metering system moving up to the latest 7560 pixel RGB+IR sensor that is used in Live View mode. The Rebel T6s and T6i lineup from the older iFCL of 70D was the first to include it in their package.

This image sensor has a lower resolution; it is quite a noticeable upgrade from the 63-zone dual layer sensor incorporated in the 70D. The RGB metering sensors add to the data being relayed to the autofocus system and Color tracking information is provided in the continuous autofocus mode to help raise speed and accuracy variables especially in low contrast scenes.

Along with metering, the 7560 pixel sensor also boasts of a degree of human subject awareness. It is able to detect skin tones, which can further be tracked in the continuous AF mode. This enables the AF system to locate and focus on the human subject.

Looking through the viewfinder, you can best compose and frame the scene you want to click. The 100% image visibility on the 80D’s viewfinder, unlike the 70D, allows you to enjoy higher accuracy levels. The LCD screen at the back of the camera is much like its predecessor – a 3-inch Clear View II unit with 1,040,000 dots. Yet, Canon states that it’s an updated model that built for the better sunlight visibility. 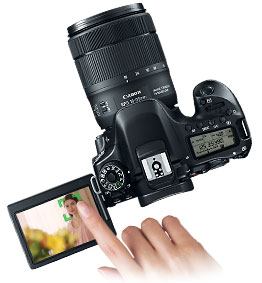 The flip-out screen gives the Canon EOS 80D an edge over its competitor the D7200. That could be a major selling point for photographers looking for maximum positioning comfort when setting up tricky shots.

This is one of the impressive features of the 80D’s AF system. The Dual Pixel CMOS is made of pixels that consist of both phase-detection autofocus and photosites in the reflex (non-Live view) mode. This translates to a higher sensor resolution with an automatic increase in autofocus points. 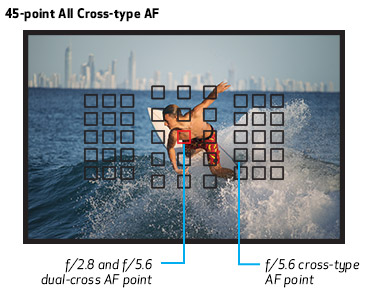 Canon has upped the resolution from 20.2 megapixels to 24.2 megapixels. It has also increased the AF points from 19 (EOS 70D) to 45. All of AF points operate as cross-types. The lenses have a maximum aperture of f/5.6 or greater. The central 27 AF points work down to f/8; this is the optimal range for bird watching and wildlife photography, with 9 being the cross-type at that aperture for sharp focus at narrow apertures and better low-light focusing sensitivity.

The central AF point can be scaled down as far as -3EV in Single AF (one shot). This setting affords clarity in extremely dark situations too. It is a dual cross-type, high precision sensor with F2.8 and faster lenses. This raises the focus accuracy level required particularly for shallow depth-of-field associated with fast primes.

There is a great selection of AF points to choose from. The 4-way controller that you will find on the back of the camera can be set to direct AF point selection. The only glitch is that the controller is not easily accessible in the portrait orientation.

One feature the EOS 80D has borrowed from the 7D Mark II is the Large Zone AF mode. It lets you use groups of focus points for enhanced autofocus when shooting vertically. It does the same for AF-point auto switching, which determines the focus point selection within a given focus zone.

The 80D has a more recent Digic 6 image-processing engine driving it. Performance wise, it is not a major upgrade from the Digic 5 of 70D. The one area it does well is data transfer during continuous shooting. This way you can get more shots before the camera stops or starts lagging. 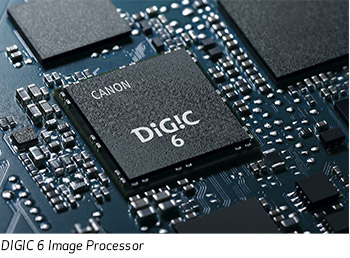 The ISO range is the same except for a minor increase in the native maximum ISO. It has moved up from 12,800 to 16,000. The maximum expanded ISO remains unchanged at 25,600. The native ISO range for video mode is available with settings ranging between 100 and 12,800. The upper limit can be extended to 25,600 if you need a slight step-up in performance.

Canon’s 80D maintains the 7fps maximum shoot rate of the older 70D, which seems like an issue until you factor in the increased burst depth provided by this newer model. With a UHS-2 SD card, you get 25 raw files or 110 JPEGs total. The 70D only allowed for 16 raw files and 65 JPEG. This improvement is considerable. Throw in the 20% pixel count boost and you have a markedly better camera.

The 80D also features an automatic white balance system with both white and ambience priority settings. This puts it in the same class as the 1DX Mark II and the 5DS/R models. Photographers use the white priority setting to remove any tinge of color from whatever lighting is used in the scene. I prefer this one when shooting in locations with regular light bulbs. The ambience priority setting uses the scene’s existing light hues to produce the image. Since the difference is considerable, users should try both to find their preference.

While the 80D does not impress us with full 4K video recording, it does offer 50fps speed full HD recording with 1980 x 1020 resolution. This means that you can now playback your clips in 2x slow motion. The 80D retains the 3.5mm microphone port that the 70D model had and also adds a headphone port as well. This addition improves the user’s ability to keep track of the audio as it is being recorded.

The 80D boasts of NFC (Near-field communication) in addition to Wi-Fi capability. The latter is not new as it was included on the 70D as well. Wi-Fi coupled with NFC enables syncing with Android devices. It also lets you connect with Canon’s Connect Station storage/viewing unit.

One thin Canon did not improve upon was the GPS system, or lack thereof. Although the GPS Receiver GP-E2 accessory still works wonderfully with the 80D, fans of this model regret not having a built in option instead. The add-on allows you to input locations and make them visible during playback.

The power source upgrade for the 80D uses a rechargeable LP-E6N lithium ion battery pack. However, it also work with the LP-E6 types used on the 70D and older EOS cameras. The new battery puts the 80D in the same class as the 7D Mark II. When it comes to battery life and power, the 80D now gets 960 shots with a full battery instead of just 920 with the older option.

When it comes to weighing the Canon 80D against the competition, the camera to watch is Nikon D7200, which has been on the market for about a year. For auto-focus capabilities, burst and low pass filter for improved detail (D7200 has removed the optical low pass filter), the 80D outshines the other. The D7200 on the other hand records HD video at 60fps instead of the 80D’s slower 30fps and offers a longer battery life and shutter rating. The D7200 has two SD memory card slots as well. Otherwise, price and features of the 80D and D7200 are quite similar. The decision about which to buy will come down to details and personal camera use style.

Optical low pass filter or AA filters is the acronym for “anti-aliasing”. When the images are processed in a certain way, they can produce unwanted effects such as the moiré patterns. Moiré is an effect that occurs mainly when shooting elements with line patterns or lines too close together. These lines interfere with the sensors pixel grid, thus creating an unpleasant effect to sight. The AA filter that comes with the camera sensor makes sure that this doesn’t happen.

Previous Fujifilm X-T1 vs. X-Pro2, Which Should You Buy?
Next The rumor mill already talks of a Sony A7R III between 70 and 80 megapixels