Fujifilm X-T2, that’s the name of the new mirrorless camera that the brand has presented, although we won’t be seeing it in display until the beginning of September.

Following the same artistic design of the Fujifilm X-T1, the new Fujifilm X-T2 camera includes greater improvements inside. It equips the same 24,3p X-Trans III sensor and the same X-Processor Pro found in the Fujifilm X-Pro2, the ability to record 4K video has been added for the first time in a Fujifilm X camera, a faster Autofocus thanks to the improvement of algorithms, and the AF-C also counts with customizable settings for extra precision in the focus of objects under continuous movement.

Almost 200 photographers from around the world, some of them brand ambassadors and others not, including 5 Chinese photographers were trying out the prototype model of the Fujifilm X-T2 for a while as it made easier their opinion of the model for the brand with the purpose of improving the product as much as possible. They all mentioned in our exposition of how satisfied they were with the new camera and how surprised they were with the new Autofocus system that is included in the camera. We’ll give you a firsthand opinion in the following days. 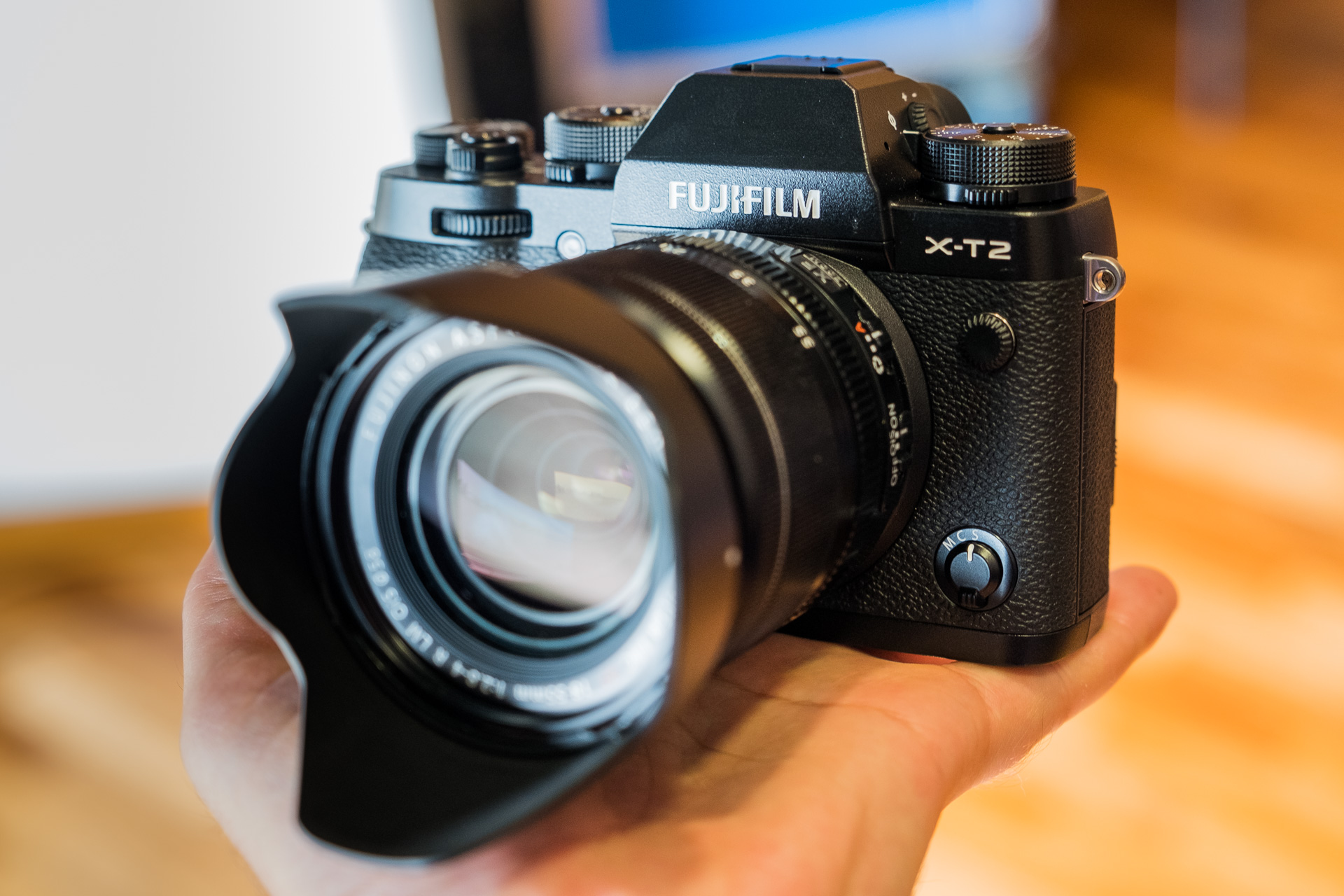 As we said before, the X-T2 counts with the 24,3 Mp X-Trans III CMOS APS-C sensor. Its highly random pixel matrix effectively reduces false colors without the use of optical low pass filters. This sensor combines itself with the “X-Processor Pro” Image processor engine, which produces a high quality image comparable to a camera equipped with a larger sensor and a greater number of pixels, and that also supports 4K video recording.

Although having a higher resolution than the Fujifilm X-T1, the digital image noise signals have been improved. Even when working at high sensitivity as ISO 12800 (which stops being an extended work sensitivity as the X-T1 did).

The Fujifilm X-T2 can record 4K video (3840 x 2160) and Full HD (1920 x 1080); and you can apply popular movie simulations for still images in the video modes. For example, you can use “Classic Chrome” to add a documentary touch with soft colors and a rich tonality, or you can use “ACROS” to produce black and white images with a sooth gradation of tones and deep blacks. As a response to demand, the X-T2 is compatible with HDMI output which is 4K ready, and also offers the “F-Log” color profile, which takes advantage of the wide dynamic range making the workflow easier. 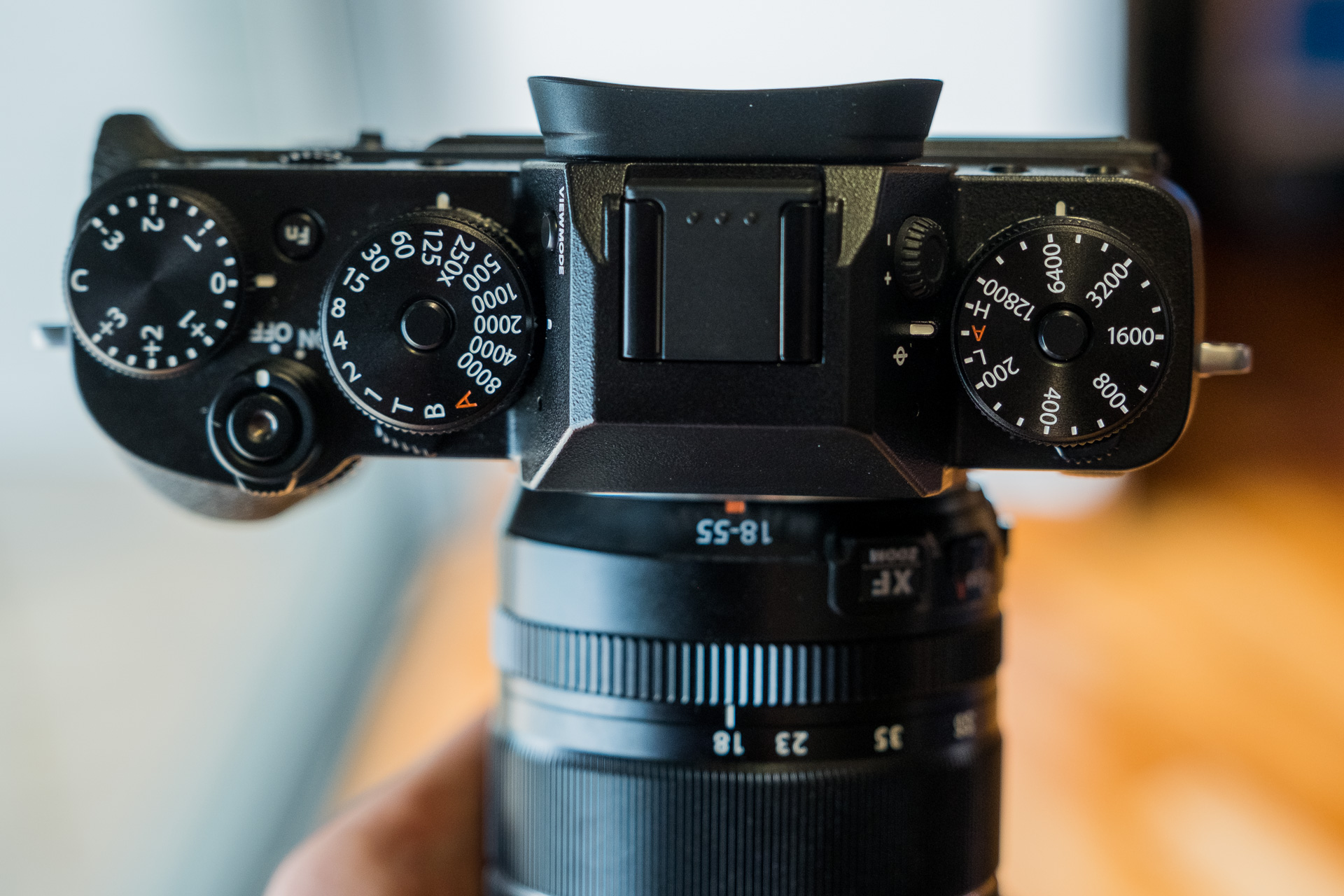 As for the improvements in the AF performance, we will find that the number of focus points has expanded from 49 to 91 from previous models (until 325 points). The high speed processing capacity and the use of the enhanced algorithm allows a predictive AF of advance precision with the Live View mode.

The AF performance by contrast has also been improved. The data reading speed has doubled compared to previous models to achieve higher AF performance, speed and accuracy.

Another improved algorithm is the continuous AF (AF-C), which offers greater accuracy. According to the type of motion, you can choose different settings and select one of the five presets that combine a specific configuration.

The electronic viewfinder of the Fujifilm XT-2 provides around 2,36 million resolution points with an enlargement of 0,77x and with only 0,005 seconds of delay. With a maximum brightness doubled compared to previous models, the viewfinder  provides the function of brightness auto-adjustment so that it is easy to see even with an intense backlighting. The viewfinder refreshes with a 60 fps rate, or at 100 fps under Boost mode (with the battery grip).

The body of the Fujifilm X-T2 is entirely made of magnesium alloy which makes it compact and light, but also strong and highly enduring. The body is sealed with 63 points to achieve a high level of resistance to dust and moisture while operating at temperatures below -10 ° C. 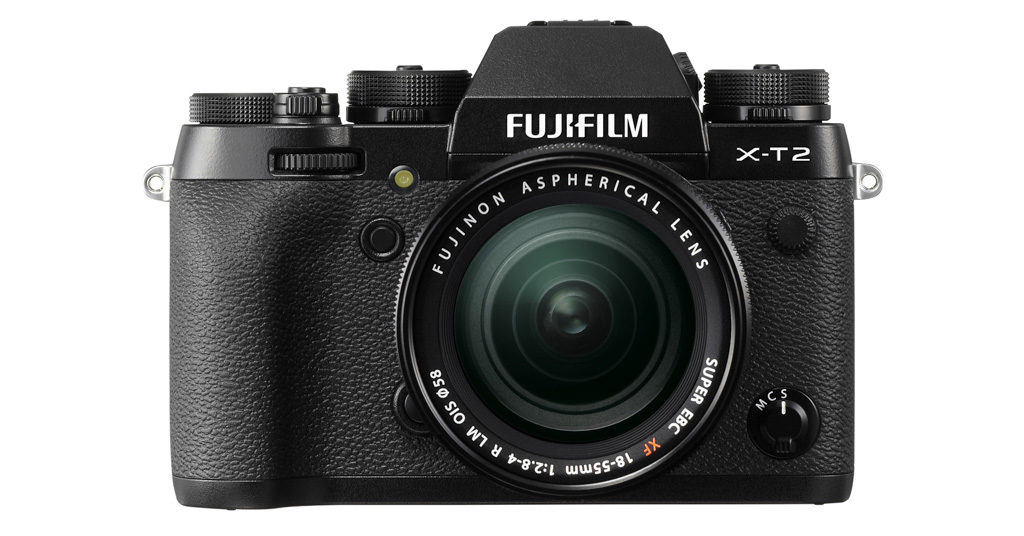 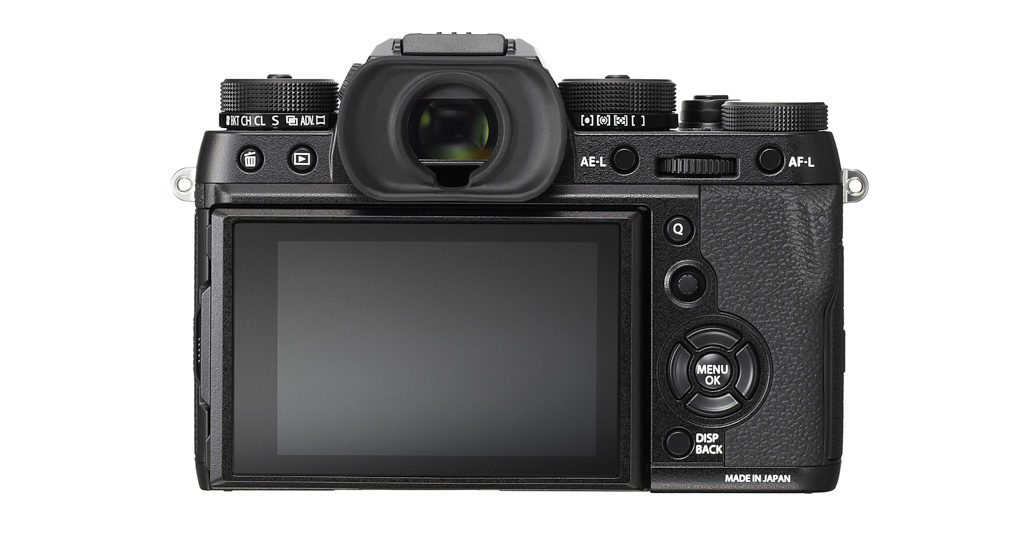 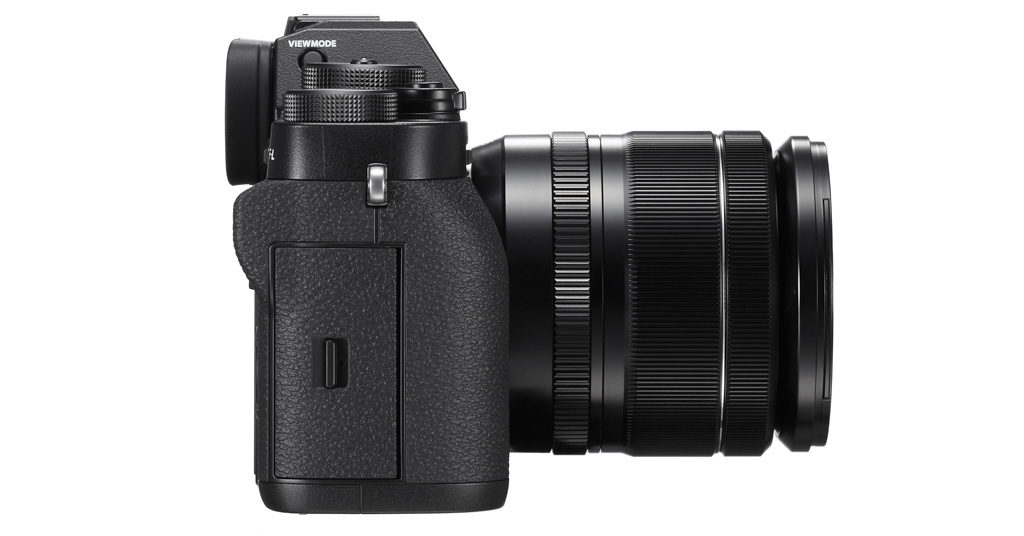 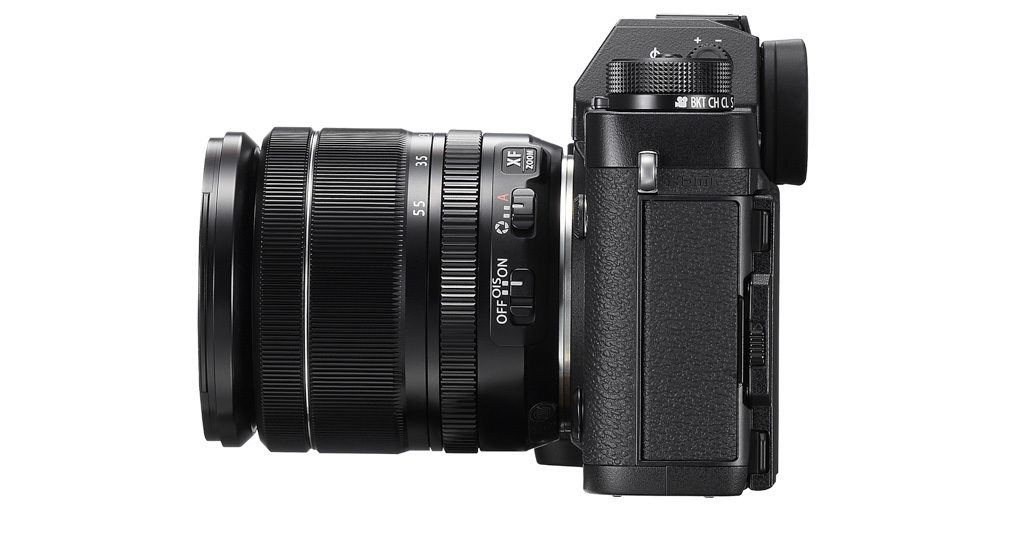 The Power Booster vertical grip (VPB-XT2) is an optional accessory, it is also dust and water-resistant and capable of operating under temperatures of -10 ° C. Two batteries are added, adding a total of three batteries, including the camera’s, to increase the maximum number of images that can be taken per charge around 1000 images (normal mode). In Boost mode, multiple batteries can operate at the same time to give better performance in continuous capture, capture interval, shutter lag time and suspension time, while the length of the recording 4K video extends to around 30 minutes. 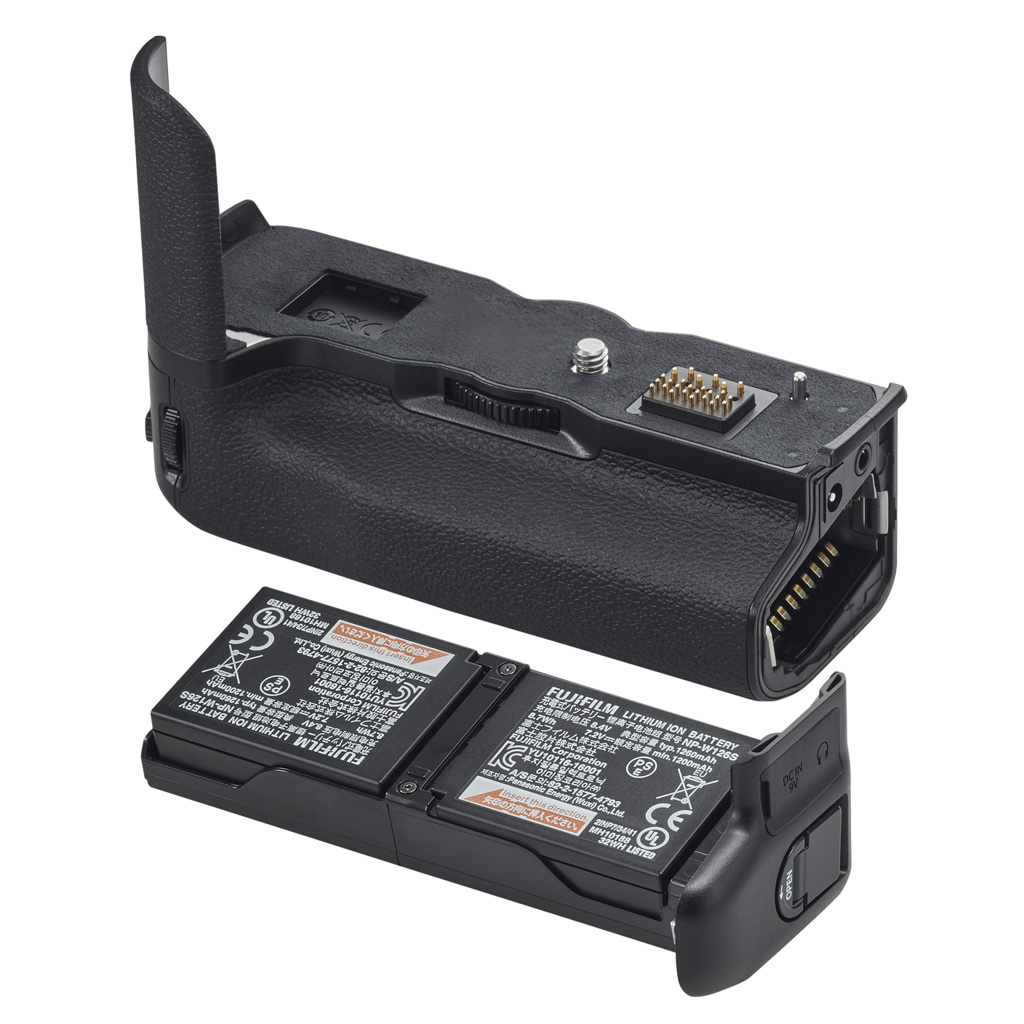 The handle grip besides including a trigger button, point of focus selection button, AE-L button, AF-L, control knobs, the Q and the Fn button also features a headphone connector to allow audio control during video recording.

As a response to the request of professional photographers, the Fujifilm X-T2 comes with to SD Card slots with UHS-2 support included in both slots. Both slots are configurable to “Sequential”, “Backup”, “RAW/JPG” and “The video of Destiny”.

The rear LCD screen is the first three-direction tilt screen of the X Series; it tilts up and down when shooting horizontally and upward when shooting vertically.

Along with the arrival of the Fujifilm X-T2 in September, we will find this new external flash with hot shoe included for the X series cameras. Its retail price will be 549€. It is an external flash with guide number of 50 (with ISO set to 100 and 105mm), equipped with a LED light for video recording and also used as an AF assist light.

The new flash supports FP mode (flash synchronization at high speed), which means that the flash can be shot at any shutter speed, making it possible to use large apertures and compensate it with high synchronization speed, that way preserving a reduced depth of field.

The EF-X500 can also be used in Multi-Flash mode to freely control the light above an object and the background for a creative result. The TTL mode not only is available when using flash, but also in the Multi-Flash settings, which allows us to work with several flash units without needing to make light brightness adjustments. 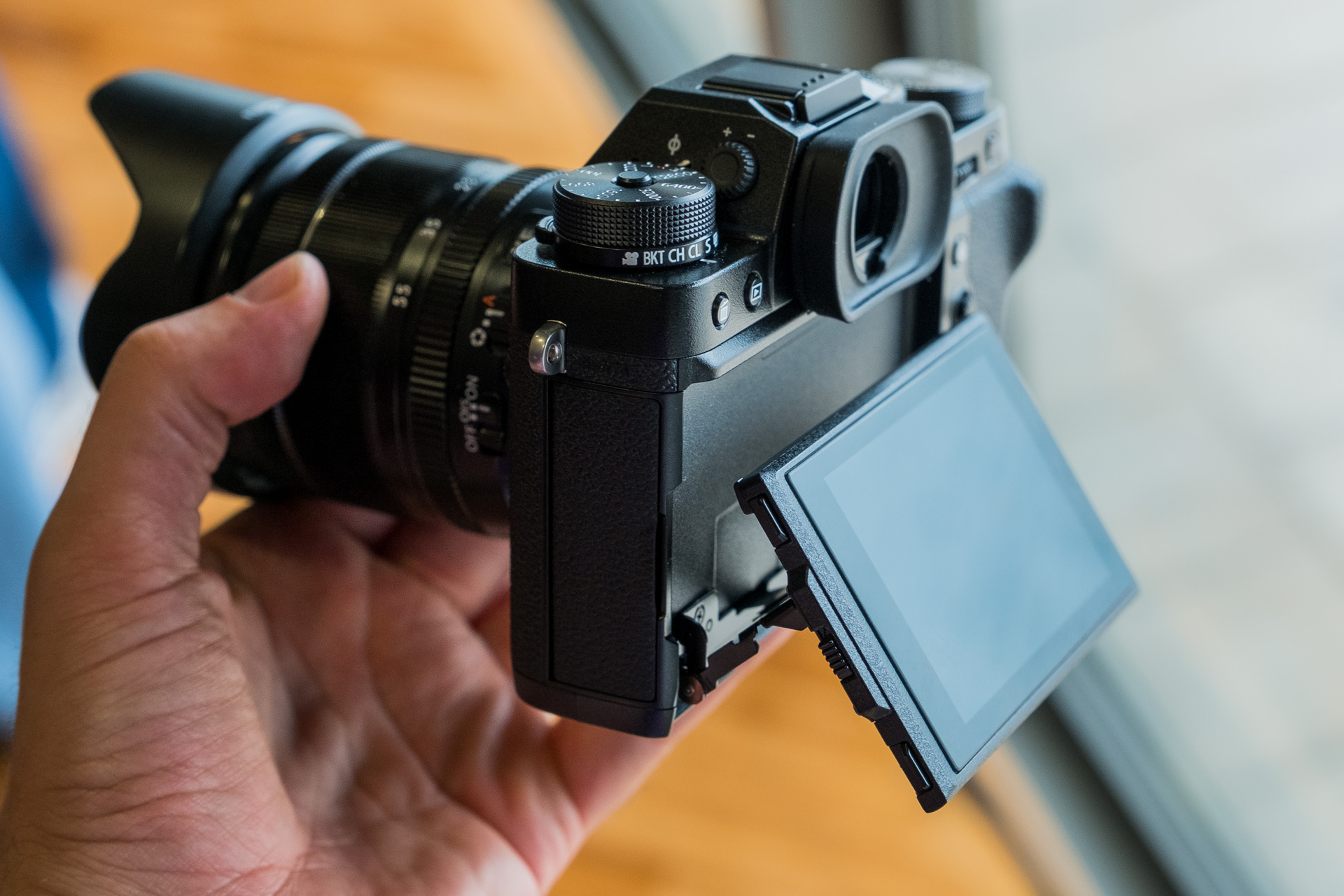 As with cameras, his external flash is dust and splash resistant, making it the first Fujifilm flash with this type of resistance.

Fujifilm X-Pro2 users have certainly read enviously the improved AF system that will bring the X-T2, they can settle down, because in October they will be receiving a new version of the firmware that will improve its performance. The update includes: 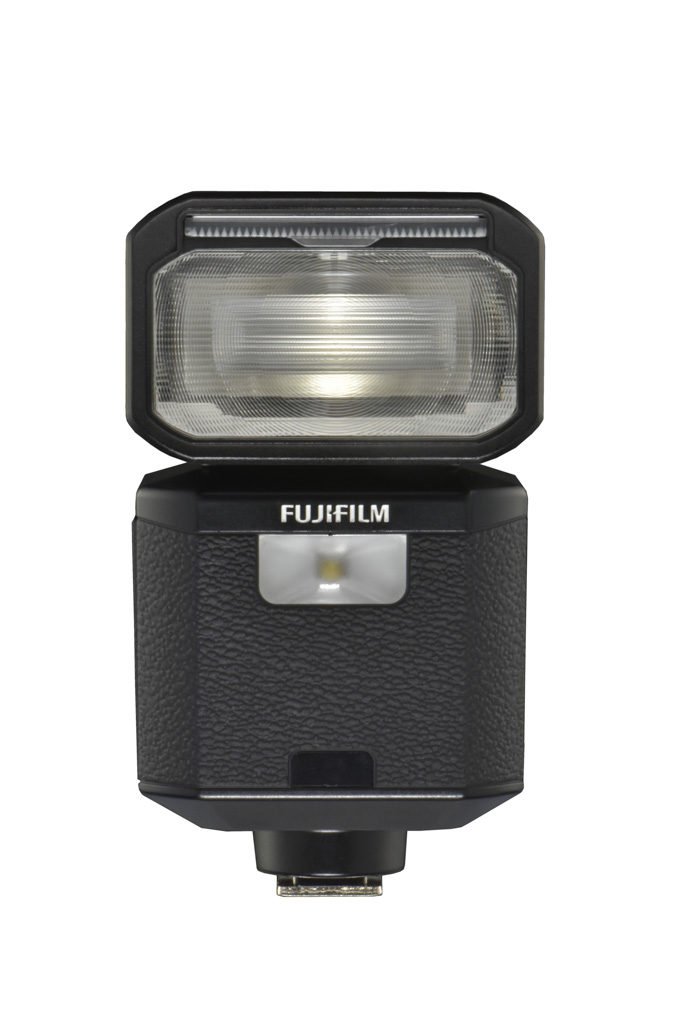 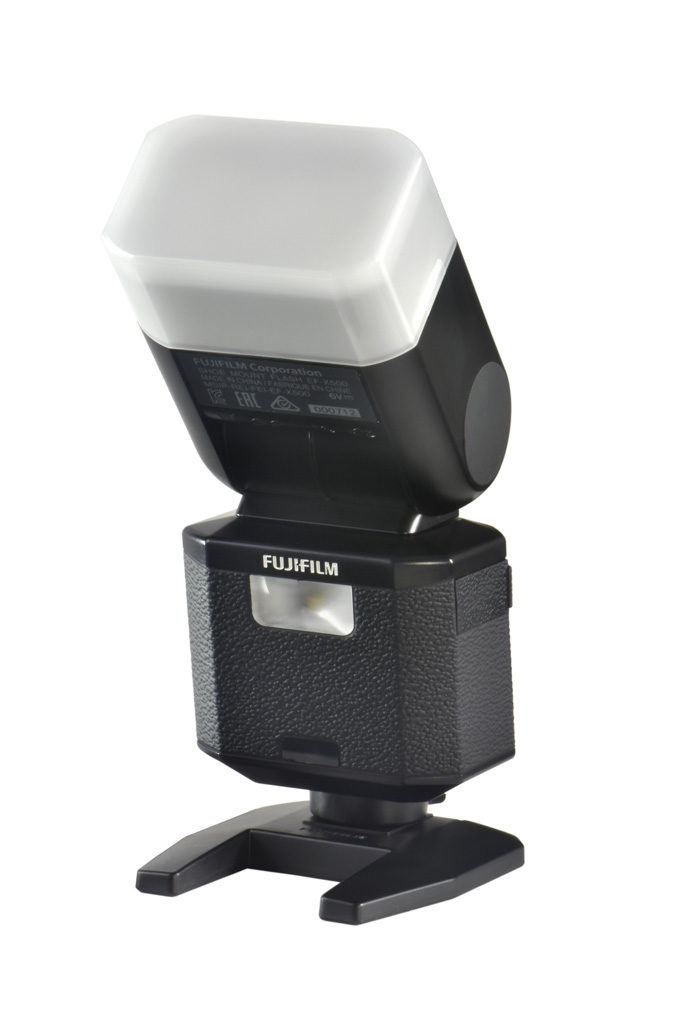 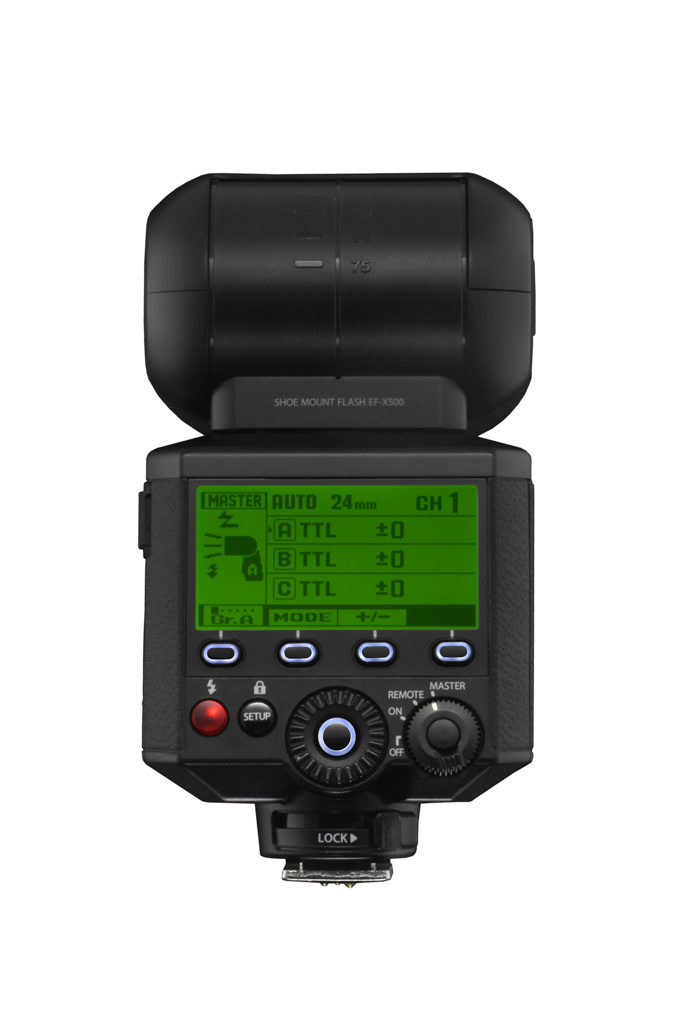 1. The new autofocus algorithm that is included in the Fujifilm X-T2 to achieve a faster and more accurate autofocus (Doesn’t include the new AF-C feature with custom adjustments).

4. The parallax correction function improves for a better and more precise use of the Optical viewfinder.

Fujifilm updates their prime lens “road map” by adding 3 prime lenses with a fixed focal length to its line of 25 prime lenses:

The prime lens XF120mm F/2.8 R Macro contained in the previous roadmap has been replaced by the XF80mm f/2.8 R LM OIS WR Macro to satisfy the demand of light and compact prime lens.