With the announcement of the D7500 and Nikon’s intentions of retaining the D7200 in their product catalog, choosing a professional APS-C DX reflex camera has become more difficult. So, Nikon D7500 or Nikon D500, which one should you choose? Listed here are the main differences between these two devices as well as a comparison chart to help you make up your mind.

The apparent rivalry within the same product line has the advantage that is offers consumers a choice of DX products which has hardly ever been this considerable. With the retention of the D7200 in Nikon’s product catalog, it is now possible to choose between three powerful reflex cameras.

It is by establishing a list of your particular needs and by comparing the performance characteristics of these different devices that you will be able to make an informed decision. This will allow you to allocate a budget that you are comfortable with and to choose the right lenses to best satisfy your requirements. 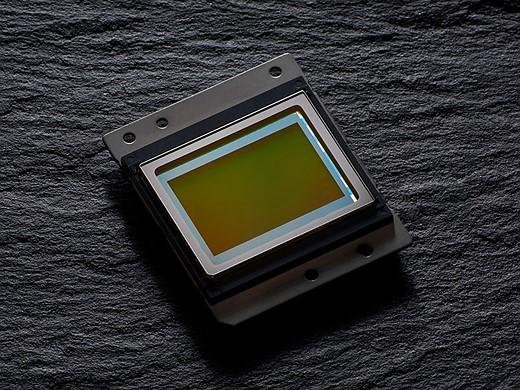 The Nikon D7500 and D500 both use the same 20 Mpx sensor. Therefore, there is no reason to assume that the image quality would be any different between them, especially since they both make use of the same Expeed 5 (explained later) image processor which takes care of processing part of the image data (noise management for example).

The Nikon D7200 is not left behind – its 24 Mpx sensor endows it with similar performance characteristics. 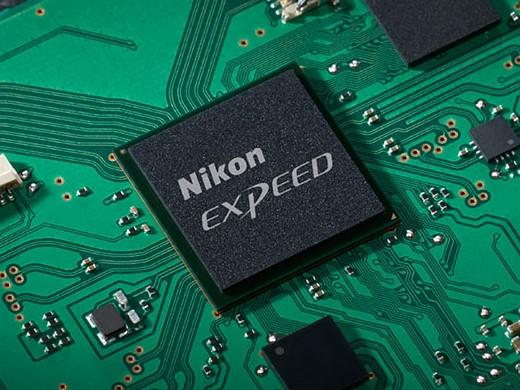 A professional device needs to be fast and responsive. This is true of the Nikon D500 which is capable of shooting 10 images per second in burst mode. The D7500 does not lag very far behind with its 8 images per second.

The most important distinction between them is the buffer they each use – the memory where images are held before being recorded onto the storage card. The D500’s buffer is able to handle 200 non-compressed RAW format images whereas the D7500 can only cope with 50 at a time.

However, it should be noted that you will be required to equip the Nikon D500 with compatible memory cards in order to attain maximum performance: meaning a XQD card and/or an SD UHS II card and the corresponding card reader. The D7500, on the other hand, only requires an SD UHS I card.

The D500 is equipped with a USB 3.0 port which is considerably faster than the USB 2.0 port found on the D7500 and could save you a lot of time if you are not using an external card reader.

If you require a camera capable of snapping shots for longer than 6 seconds in burst mode, the D500 would be a better choice (capable of sustaining burst mode for 20 seconds). 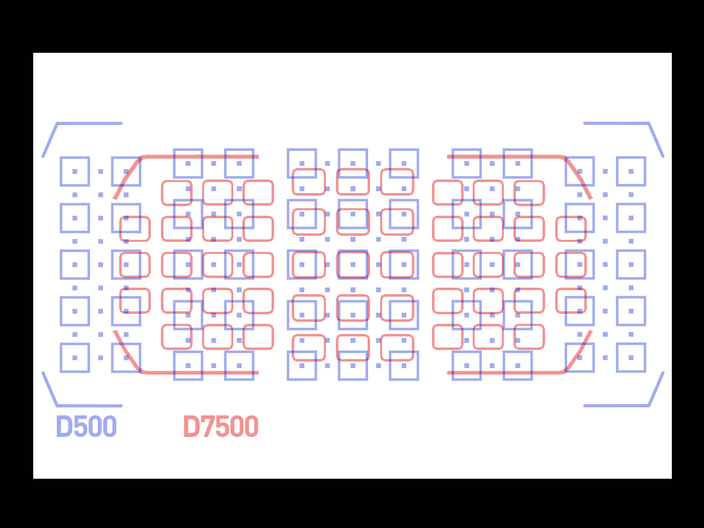 The Nikon D7500 continues to use the 51 collimator AF module already in use on many models of reflex cameras within the product lineup. However, this module does use the new tracking system employed on the D500 which guarantees a superior performance to the D7200.

As for the Nikon D500, it uses an AF module with 153 collimators which has the ability to cover a larger portion of the area in focus.

The D500 uses 99 collimators of greater sensitivity in a cross formation, whereas the D7500 only uses 15.

Another important distinction is that the Nikon D500’s central collimator is sensitive up to -4Il whereas the D7500’s is only sensitive up to -3Il – making the D500 more capable of focusing in low light situations.

If you require the ability to focus on the edges of an image with a highly efficient AF, the D500 is undoubtedly superior in this regard

One of the easiest differences to spot with the naked eye is the viewfinder. The D7500 has an optical viewfinder with a magnification of x0.94 whereas the D500 is equipped with a superb x1 viewfinder. The coverage zone is 100% on both models.

The external aspect of these two viewfinders is also different. In accordance with the purest traditions of Nikon, the D500 has a round eyepiece which contrasts with the D7500’s rectangular one.

The D7500’s viewfinder is no slouch, but it must be recognized that the D500’s is the best optical viewfinder currently available on any APS-C reflex camera.

Overall, the D7500 is more compact and light-weight with a deep grip which makes it easy to hold. The D500 is more squat, heavier and more imposing.

It is in terms of ergonomics where the difference between these two cameras is most pronounced. The D500 reuses the brand’s conventional presentation for its professional models: a clover leaf of buttons on the top and an AF joystick which is perfectly placed to be used by the thumb while focusing. The buttons on the rear left side can be illuminated in order to be seen in the dark.

The D7500 adopts the well known ergonomics of the D7200, D610 and D750 models, but does not have an AF joystick. The collimators must be changed with rear button pad’s four lateral buttons. It is still an effective way of doing things, but it takes a little longer than on the D500.

It is conceivable that you will never even approach this number of shutter releases, but if you think that you might, it is a factor to keep in mind. 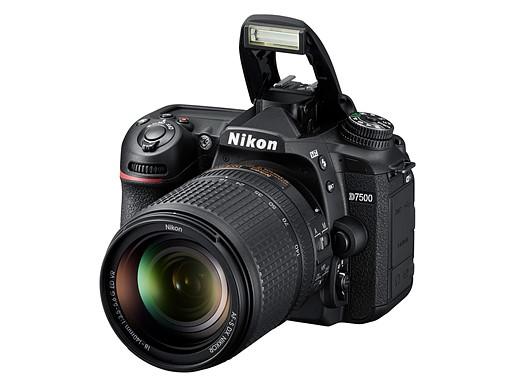 One of the criticisms made of the Nikon D500 is that it lacks an integrated flash. The D7500 corrects this shortcoming with its integrated flash which allows for the direct illumination of a scene as well as for the control of remote flashes via the Nikon CLS system (infrared mode).

The D7500 does not have a 10 pin connector on its front side, which is not a problem since it is possible to use the Nikon WR-10 Radio dongle without the need to previously acquire a Nikon WR-A10 adapter. The D7500 is in effect compatible with Nikon’s radio control system for remote flashes (the Nikon SB-5000 flash for example).

One point in favor of the D7500 is its integrated flash! 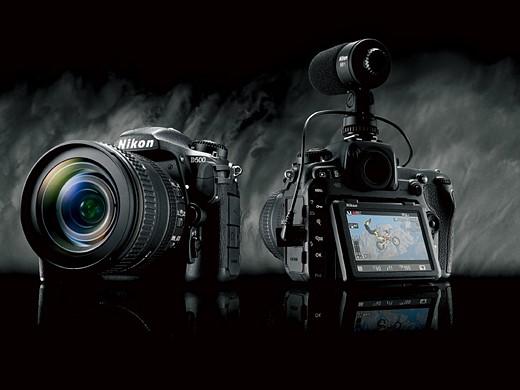 We won’t spend a lot of time talking about the differences in video modes between these two Nikon reflex cameras. They are both able to record in 1080p and 4k UHD with a crop factor of x.1.5. The codecs used are also the same. The D7500 does offer an MP4 output which is lacking on the D500.

The other difference between them is another point in favor of the D7500: its Power Aperture mode which allows for the modification of the diaphragm’s opening while filming and which is controlled by two function buttons located next to the lens.

The D7500 has the upper hand in terms of video recording! 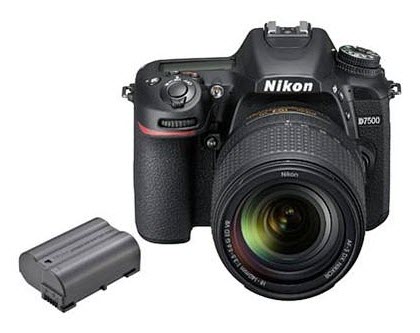 The Nikon EN-EL15a battery from the Nikon D7500

If the CIPA tests are to be believed, the Nikon D500 claims to be able to release the shutter 1240 times on one charge whereas the D7500 is limited to 950 times. This is without taking the D7500’s integrated flash into account – which could have a significant influence on the camera’s autonomy. Without a frequent use of the flash, both cameras are more or less on an equal footing.

If you tend to release the shutter too often, you will need to foresee bringing a second battery with you – whichever of the two cameras you are using.

However, using the optional grip on the D500 – which is not compatible with the D7500 – makes a big difference in terms of autonomy. It also makes the camera much easier to hold.

Among the other differences between these two devices, it should be noted that the D500 has the NFC mode which allows for a much faster configuration of the SnapBridge function with compatible smartphones (Android). Once configured however, SnapBridge works equally well on both models. 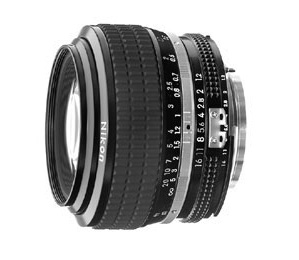 A warning to people interested in using old manual Nikon AI-S lenses. If you would like to be able to couple this type of lens while retaining the ability to read light measurements, you will need to select the Nikon D500 as your camera since the D7500 is incapable of performing this type of coupling (it is worth mentioning that the Nikon D7200 also has this capability).

These lenses can of course be mounted on the D7500, however you will be required to use them in an entirely manual mode with the help of the camera’s built in exposure meter, but without the possibility of using matrix metering.

Here the advantage goes to the Nikon D500 for its AI-S coupling ability!

Here is the list of all the differences between the Nikon D500 and the Nikon D7500:

Everybody has their own criteria, but it is always interesting to share your point of view. I invite you to leave your comments and contribute to the debate surrounding the comparison between the Nikon D7500 and the Nikon D500. Feel free to include practical examples of how you use your camera!